​The killings started to show up in that part of the country and made the Durango paper. There are copies in the notebook here you can look at. I highlighted a part of the article. There were some survivors of a couple of the killings, all of them saying they heard the unique sound, like bells, of one of the killer’s spurs. They tinkled when the man walked, it was reported.

“Morning Tunsil,” Eli said as he walked into Tunsil’s Mercantile run by Ivan Tunsil out of Topeka. He had moved out farther west because he liked the mountains and he knew that miners needed supplies.

“Mornin’ Eli,” Ivan said, as he was taking some sacks of beans and putting them out on a table. “Have ya heard?”

Eli was looking over the list he had penciled at the cabin—too concentrated on what he might have missed to pay much attention to what Tunsil was saying. Tunsil was always saying something. The man liked to talk.

“The paper said this morning them killings that happened recently are connected,” he said holding up the paper lying on the table near him. “It says survivors agreed that one of them killers had tinkling spurs. That do seem queer, don’t it? Tinkling spurs?”

He will tell you himself as you start up the hill with him.  Years ago, he just wanted to ask the old Navajo about the meaning of some words, copied onto what looked like deer skin.

He didn’t know it would take days to tumble out in haunting images through the old man’s thoughts and words.

Sitting on a peaceful patio with a plate of maple long johns, some good coffee, and a wee dram from a bottle of scotch, Paul Clarin sets out on a journey with himself-through stories of an old cowboy, a wolf, a mass-murderer, and the sound of spurs that ‘tinkled,’ told by an ancient Native American with liked to dance.

**Links to all of Mark's books can be found at the bottom of each page. Simply copy and paste it in to your browser bar at the top and it will take you to the Amazon page for more information about the book, ebook, or Audible versions. 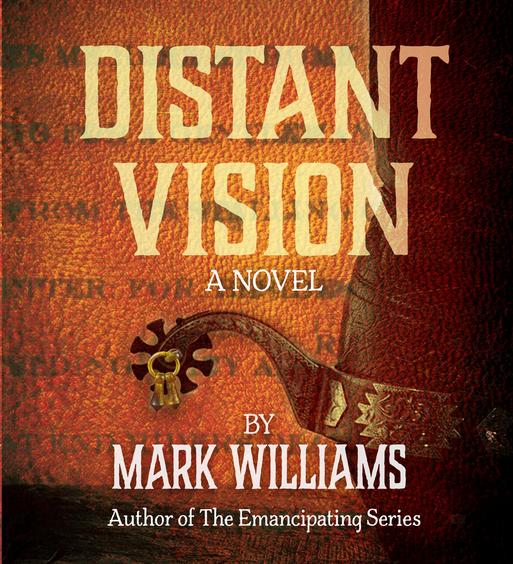 ​ the release of his seventh novel